Last week, marked 8 years of the Business Elevation Show on Voice America. 345 hours of interviews accessed multiple times by over 284,000 different ip addresses from over 50 countries over the last year. A labour of love that at times has required lots of resilience to keep on going. Yet the guests on the show and the incredible learning keeps me going. The privilege of speaking to amazing people and learning from them is simply an honour. Last week’s guest Esther Wojcicki being no exception.

Developing yourself, other people and your own family to feel empowered and follow their dreams (or vision) is rarely easy. The consequence of Esther doing this has had some incredible outcomes. She is someone any parent can learn from. 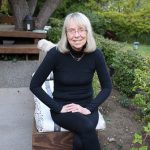 Esther Wojcicki is the author of ‘Raising Successful People’. And she knows how to do this as she is often now described as America’s most successful parent. She is a very successful educator and the reasons for the accolades are she is mother of YouTube CEO Susan Wojcicki, Fulbright scholar Janet Wojcicki, and 23 And Me founder Anne Wojcicki, as well as a teacher and mentor to actor James Franco and Lisa Brennan-Jobs (daughter of Steve Jobs).

Esther’s principles for raising successful people are Trust, Respect, Independence, Collaboration and Kindness. Values that could also engender great performance and engagement in the workplace.

I was astonished by her incredible story and if you listen you will discover how the death of her 18 month old brother led to her adopting a ferocious drive to become educated. Such was the drive that she accepted the consequences of being told to leave home by her parents who did not approve of their daughter becoming highly educated. Her clear goals and a ferocious drive to achieve with high levels of resilience and a strong work ethic had a huge impact. A formula described as GRIT by psychologist Angela Duckworth.

This conversation has certainly given me lots to think about over the weekend around bringing up our boys and helping them to achieve their goals. If you have not heard the interview then you can find it here. It is a fascinating listen for any parent or developer of people. It left me highly energised..

I also noted that some of the reviews of ‘Raising Successful People’ were fabulous and some felt it was a little self promoting and privileged. I would listen to the interview if this is a concern as I generally could not have interviewed a more humble, interesting and inspiring guest. Someone whose inspiration and life experiences are very valuable.

To listen to the interview with Esther Wojcicki

Chris Cooper helps leaders to elevate their leadership, teams and build highly engaged work forces. He is host of the Business Elevation Show the most accessed business show on Voice America (the world’s leading on-line platform) and Co-Author of The Power To Get Things Done (Whether You Feel Like It Or Not) . To contact Chris to see how he and his business can help you : Chris@chriscooper.co.uk

Chris has been my business coach for over a year and has now helped my team understand the value of talent dynamics. They absolutely loved their time with him and learnt so much about themselves and each other.
I would highly recommend Chris, as he is professional, kind and a genuinely lovely man. He tailored the team day around what we wanted to achieve and showed flexibility when required.
Chris is a valuable asset to any business and an inspiring coach.