Own the stage: Secrets from a world champion coach with Darren Lacroix – 21st November 2014

How well do you speak under pressure? What if it was easier – What if you knew the secrets of the World Champion Speakers? On August 25th, out of 25,000 contestants from 14 countries, Darren LaCroix was crowned the 2001 World Champion of Public speaking. As a result of winning Darren has presented to Toastmasters in Malaysia, Taiwan, and Oman, and has left his day job of 11 years to pursue keynote speaking and coaching full time. On this content-rich show, Darren shares his tips & techniques so you will walk away with specific strategies that you can use in your very next speech!

To access the show which aired at 4pm GMT (8am Pacific) on 21st November 2014 go to http://www.voiceamerica.com/episode/81729/own-the-stage-secrets-from-a-world-champion-coach-with-darren-lacroix 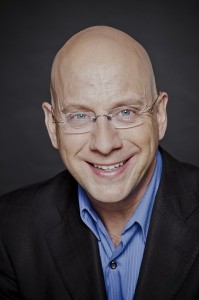 In 2001, Darren LaCroix, The World Champion of Public Speaking, out-spoke 25,000 contestants from 14 countries to win that title. That was just a benchmark. Since that victory, Darren has traveled the world demystifying the process of creating a powerful speech. He has roused audiences in faraway places like Saudi Arabia, China, Oman, Malaysia & Taiwan with his inspirational journey from chump to champ, proving anything is possible if you are willing to work for it.

Darren may have been “born without a funny bone in my body” but he possessed the desire to learn & the willingness to fail necessary to achieve his dream. The self-proclaimed “student of comedy” is living proof that humor is a skill that can be learned.

His trademarked program Get Paid to Speak by Next Week® has helped many speakers launch their very first checks.

Chris provided an incredible emotional intelligence program for my business. Chris delivered a series of eye opening sessions which enhanced the approach and style of our customer engagement. He also introduced a new positive and motivational language that empowered our people into making a difference. Relationships fos-tered after Chris’s guidance resulted in significant and measurable competitive ad-vantage. Many of the team wished they had received Chris’s input much earlier in their career. As a result of Chris’s contribution our business results improved significantly over the short and long term. I have no hesitation in recommending Chris to others.