The Business of Rumi Part 1 – A Turkish Adventure

Why is Rumi the 13th century philosopher, poet and author so loved today?  Admirers include Bob Dylan, Madonna and Coldplay. What can we learn from his life and work that can  elevate our lives and businesses? In Dec. 2020, business elevation, leadership and engagement specialist and show host Chris Cooper was invited to the 746th Rumi celebrations in Konya, Turkey by founder of the Diplomatic Business Club, Dr Mansour Malik. In part 1 of this journey you will learn about Rumi including interviews with revered guests Esin Celibi Bayru a 22nd generation relative of Rumi and Vice President of the International Mevlana foundation. Also, Fahri Ozcakil a Director of the Turkish Ministry of Culture and Head of the Whirling Dervishes! Then in part 2,  a hotel chain General Manager who puts Rumi at the heart of customer service and Dr Mansour Malik whose love of Rumi engages his royal household, senior diplomat & business executive club members. Join us to bring Rumi into your life and business.

This episode will be airing live on 14th February 2020 at 8am(PT)/11am(EST)/4pm(GMT). To listen live or later from the archive please visit http://www.voiceamerica.com/show/1959 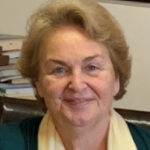 Esin Celebi Bayru is a 22nd generation relative of Hz. Mevlâna (Rumi) and lifetime Vice Chairperson of  the International Mevlânâ Foundation based in Turkey. The  Foundation’s mission and vision is to further the research of the great Turk – Islam Scholar Mevlâna Jelaleddin-i Rumi’s works, his thoughts, teachings and the spread of his enriched knowledge. It is also to hand down this information properly to future generations including the 700 years of cultural richness of the Mevlevi Culture. The Foundation is involved in extensive activities including teaching, international conferences, book publishing, organising and performing the Sema ceremony and various projects. Projects have included “The Preservation of Sema and Mevlevi Music including addition to UNESCO’s  list of “Masterpieces of the Oral and Intangible Heritage of Humanity, ” and declaration in Turkey and globally of the year of Mevlâna Celâleddin-i Rûmi in 2007, owing to the 800th anniversary of his birth. 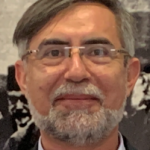 Fahri Ozcakil is a Director of the Turkish Ministry of Culture with a very unusual civil servant role.  When he is not dressed smartly and working out of his office in Konya, Turkey he wears long robes and a tall hat with a distinctive green band identifying him as the head of the whirling dervishes. A revered position honoured to him after over 40 years as a whirling dervish  he orchestrates his group during their beautiful and mesmerisng Sema dances. In 2008, UNESCO confirmed “The Mevlevi Sema Ceremony” as amongst the Masterpieces of the Oral and Intangible Heritage of Humanity. Approximately 750 years old, the Mevlevi Order is a living tradition based on the teachings of Rumi who is Iran and Turkey’s most celebrated poet and a venerated saintly mystic within Islam. So important in Turkey the 100 lira Turkish note even features a Mevlevi figure.

This episode will be airing live on 14th February 2020 at 8am(PT)/11am(EST)/4pm(GMT). To listen live or later from the archive please visit http://www.voiceamerica.com/show/1959

Chris Cooper is the founder of Chris Cooper Business Elevation and creator and host of the Business Elevation Show. Chris and team help leaders to elevate results through building engaged workforces and developing high performance leaders and teams. He created the Business Elevation Show the most accessed business show in 2018 on Voice America the world’s leading on-line radio platform and is co-Author of The Power To Get Things Done (Whether You Feel Like It Or Not). He is a fellow of the Professional Speaking Association and partner of Engagement Multiplier . To contact Chris to see how he and his business can help you : Chris@chriscooper.co.uk

‘I am more than pleased to share my experience of the TEP programme. For me it has been an invaluable part of my own learning and development for several reasons. The books that we have studied have always resonated with the place that I have been at that time. To study a book with a group of like minded individuals, all professional and all keen to develop themselves and others has made me read with a depth that I would normally not use. The result being a richness of understanding that I can apply and want to apply, into my business immediately The guests that you have invited to to talk about their journeys have left their own gift with me – one of them being a depth and breadth of stories to illustrate points on my own programmes. And finally, for me the sense of not being alone, in my loft, in pursuit of my own personal success, but being able to feedback and to celebrate successes together. This is a fantastic community to belong and a commitment to my own personal success and to that of others. Thank you Chris for having and holding the vision’ Carroll Macey, Managing Director CM2C Change Management Consultancy (Nottinghamshire) http://www.cm2c.com. Former Head of Learning and Development at Siemens