Are you looking to make a greater impact in business and life? If so there are few people better to make you sit up and listen with their compelling and exciting philosophy than my guest on this show Nigel Risner. During this interview we will be discussing some of the key principles of his very successful book ‘The IMPACT Code’. Nigel is a respected author, television presenter and a prolific speaker, and is one of only six speakers in the UK to have been awarded the highly prestigious PSAE (professional speaking award of excellence) from the Professional Speaking Association. Listen to this show and with Nigel’s help, learn to crack THE IMPACT CODE and the world could, quite literally, be yours!

To access and listen to the show which aired on 5th December 2014 go to http://www.voiceamerica.com/episode/81991/the-impact-code-with-nigel-risner 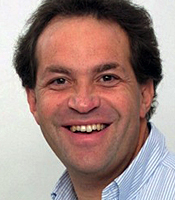 Nigel is the only motivational speaker in Europe to have been awarded Speaker of the Year from The Academy for Chief Executives, The Executive Committee & Footdown. Nigel is a respected author, television presenter & a prolific speaker. He speaks with authority: his own life having veered perilously away from comfortable norms at times. Nigel has learned that positive results can come from negative experiences & that we often learn best from situations which are unfamiliar & even uncomfortable. As one of the youngest CEO s of a financial services company in the City of London, Nigel knows business as well as he knows life & more importantly he knows what it takes to lead a successful business! He has the ability to translate with electrifying effect that hands on experience into a coherent, compelling & exciting philosophy. His books The IMPACT Code & Its A Zoo Around Here have sold in their thousands & are literally transforming lives around the world.

To access and listen to the show which aired on 5th December 2014 go to http://www.voiceamerica.com/episode/81991/the-impact-code-with-nigel-risner

Be it coaching an executive, coaching a manager, or coaching a team, there’s no mistaking that coaching is an essential path to human and leadership growth. But not all coaching is equal, and not all coaches are alike. Whether someone is being coached for development or for performance, the need for good and diverse styles […]

Chris has supported me over the last 12 months to develop my professional communication as a keynote speaker. This is an important area for the growth of my business. I am also gaining value from participating in his Achiever Programme for entrepreneurs. With Chris’s professional support during this period my speaking has improved significantly and I am delighted with how Chris has encouraged and guided me during this process.