The Invisible Organization with Mitch Russo

What happens when you don’t need a ton of Infrastructure? Profits go through the roof! That happens because of two powerful, additive forces: spending less on overhead AND increasing staff productivity! There’s an art and a science to turning the corner; it can be done – and you can do it! This week’s guest, Mitch Russo, is a hugely successful business owner and leader. He became an Amazon #1 Best Seller with his book ‘The Invisible Organization’, which is a detailed blueprint explaining step-by-step how to transform a traditional physical infrastructure into a virtual powerhouse of a company, and then turn that organization into a marketing superpower. Join us as Mitch describes the difference between leading a virtual organization and one based on a physical paradigm, and how your business can become wildly profitable as a result! 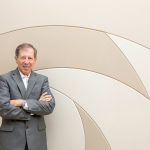 In 1985, Mitch co-founded Timeslips Corp, which grew to become the largest time tracking Software Company in the world. In 1994, Timeslips Corp was sold to Sage, plc for 8 figures. While at Sage, Mitch went on to run all of Sage U.S. as Chief Operating Officer, a division with 300 people with a market cap in excess of $100M.

In 2015, Mitch published “The Invisible Organization” which is the CEO’s guide to transitioning a traditional brick and mortar company into a fully virtual organization.

In 2018, Mitch published “Power Tribes – How Certification Can Explode Your Business” which is the master blue print for building profitable certification programs. To get the book, go to: https://PowerTribesBook.com

Mitch can be reached at www.MitchRusso.com

Chris has 25 years of multi-functional business experience, working with global brands such as Mars inc to board level as well as supporting and founding entrepreneurial ventures. Chris elevates business performance and engagement by acting as a catalyst to support the transition of businesses, leaders and teams to higher levels of performance. He has hosted the ‘Business Elevation Show’ on Voice America since 2011, building a massive network of global connections and audience in over 50 countries. He speaks on topics such as’Elevating Leadership’ ‘Engagement Starts With You’ and his book ‘The Power To Get Things Done (Whether You Feel Like It Or Not) published by Penguin Random House USA’. Chris is a fellow and former Regional President of the Professional Speaking Association in the UK. To contact Chris : chris@chriscooper.co.uk

If you are in a leadership position, one of the big challenges is getting more from less. What Chris has brought to me personally and to Everards is to be efficient in my thinking, to ensure I prioritise with my team, evaluate very clearly what we are doing and as a result continuously grow. In these economic times, it would be easy to look at an engagement with Chris as a cost. I would encourage anybody to look upon it as an investment in that you will achieve more from less and will only understand what that means for you personally and your business more broadly via that engagement. For anyone out there looking to achieve more for less, looking to increase their profitability and value of their business, then Chris is a man to work with. He will deliver huge added value to your business.