Do you lead or manage people? If so an essential part of your role will be to raise performance by releasing the full potential of your team. During this interview we learned precisely how to do this with my guest Peter Milligan. We discussed Peter’s 7 keys to releasing potential and raising performance. If you’re a business leader or manager, this is a must listen with pen and paper or computer at the ready! 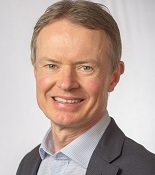 Peter Milligan is a professional speaker and business psychologist with 25 years of international experience in developing business leaders and teams.
After moving from Australia to the UK in 2000, Peter became a director of Europe’s largest executive coaching firm before establishing his own business in 2005.  He has worked with leaders at all levels across a wide range of industries. He enjoys studying psychology, philosophy and spirituality, then looking for practical applications that can benefit his corporate clients. His speaking topics include Organisational Politics & Power, and Embracing Change in Uncertain Times. Over the years, his clients have included Australia Post, AXA, Baxter Healthcare, BP, Credit Suisse, First Group, Kerry Foods, Morgan Stanley, NATS, Novartis, Origin Energy, Rolls-Royce, Royal Mail Group, Rydges Hotels, and Vodafone.

This show aired live on 26th January 2018 at 8am(PT)/11am(EST)/4pm(GMT). To access the recording please visit
https://www.voiceamerica.com/episode/104906/transformational-coaching-the-7-keys-to-releasing-potential

The Conscious Entrepreneur With Judy Piatkus

Are you really a highly conscious entrepreneur? In my opinion, after 10 years of hosting the Business Elevation Show, I believe that the average quality of consciousness of the world’s entrepreneurs and business leaders must elevate in order to build organizations that solve the world’s problems not add to them. This requires being fully open […]

”Chris’s facilitation is excellent with a good mix of knowledge, experience and humour. I highly recommend Chris Cooper to anyone looking to develop themselves or their business” Peter Ashley, Managing Director, Mamba Business Development Ltd