During this show, we will be discussing a no-nonsense methodology for negotiating deals, managing your time and handling crisis, all at the highest level. My guest is Jeff B Cohen one of the entertainment industry’s most beloved success stories, prominent transactional attorney and former child actor (he played Chunk in the Richard Donner/Steven Spielberg movie ‘The Goonies’).  During the interview we will be discussing the lessons from his book ‘The Dealmaker’s Ten Commandments: Ten Essential Tools for Business Forged in the Trenches of Hollywood’.  Developed in Hollywood, the real world tactics, strategies and guiding principles are vital for any business environment. Join this show to learn wisdom from a fascinating personality who has achieved great success in both the world of business and entertainment.

To listen to this show from the free archives, please click here

More about Jeff B. Cohen: 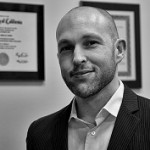 One of the entertainment industry’s most beloved success stories, Jeff B. Cohen, Esq. is a prominent transactional attorney and former child actor, best known for playing the role of ‘Chunk’ in the Richard Donner/Steven Spielberg film The Goonies. A co-founder of Beverly Hills based Cohen Gardner LLP, he has been named by Variety to its Dealmakers Impact List and profiled by The Hollywood Reporter, The ABA Journal, Chambers Associate, Law Crossing and others. A distinguished lecturer and active writer, he has authored numerous articles discussing business, technology and entertainment matters for CNBC, The Huffington Post, Backstage, Lawyerist and others.  He is proud to serve on corporate boards in both the non-profit and for-profit arenas.

To listen to this show from the free archives, please click here

Chris has been my business coach for over a year and has now helped my team understand the value of talent dynamics. They absolutely loved their time with him and learnt so much about themselves and each other.
I would highly recommend Chris, as he is professional, kind and a genuinely lovely man. He tailored the team day around what we wanted to achieve and showed flexibility when required.
Chris is a valuable asset to any business and an inspiring coach.